However, it is necessary to stop the degradation of the skin primary structural constituents, such as collagen, elastin, to prevent the formation of wrinkles. Although the technology required to suitably deliver these compounds into the skin has not yet been developed, some products do promote the natural synthesis of these substances except elastin enhancing. Another integral approach preventing wrinkle formation is the reduction of inflammation by topical or systemic antioxidants which should be used in combination with sunscreens and retinoids to enhance their protective effects.

Chronic photodamage of the skin manifests itself as extrinsic skin aging (photoageing). DNA photodamage and UV-generated reactive oxygen species (ROS) are the initial molecular events that lead to most of the typical histological and clinical manifestations of chronic photodamage of the skin. Wrinkling and pigmentary changes are directly associated with premature photo-aging and are considered its most important cutaneous manifestations. The strategies aimed at preventing photo-aging include sun avoidance, sun protection using sunscreens to block or reduce skin exposure to UV radiation, some medications to prevent collagen destruction ,to promote collagen production, and anti-oxidants, particularly in combination, to reduce and neutralize free radicals.

Intrinsic antioxidant defenses are both non-enzymatic (e.g., uric acid, glutathione, bilirubin, thiols, albumin, and nutritional factors, including vitamins and phenols) and enzymatic [e.g., superoxide dismutases, glutathione peroxidases (GSHPx), and catalase]. The most important source of antioxidants is provided by nutrition.

To the most known systemic antioxidants belong vitamin C, vitamin E, carotenoids (yellow, orange, and red organic pigments that are produced by plants and algae, as well as several bacteria, and fungi), and from the trace elements copper and selenium.

There are also studies demonstrating that vitamins C and E combined with ferulic acid impart both a sunscreen and an anti-oxidant effect.

Skin aging is a complex biological process influenced by a combination of intrinsic and extrinsic factors. Because of the fact that skin health and beauty is considered one of the principal factors representing overall “well-being” and the perception of “health” in humans, various anti-aging preparations have been developed during the last years.

These factors lead together to cumulative structural and physiological alterations and progressive changes in each skin layer as well as changes in skin appearance, especially, on the sun-exposed skin areas.

The desired therapeutic anti-aging effect of the skin is continuous, step-by step process, which combines various

methods of the skin bio-revitalization and rejuvenation, augmentation, restoration of each skin layer individually and in the light of many other factors—from a style of the life to the immune, genetic, emotional and health status in general.

There are two main groups of agents that can be used as anti-aging cream components, the antioxidants and the cell regulators.

The antioxidants, such as vitamins, polyphenols and flavonoids, reduce collagen degradation.

The cell regulators, such as retinols, peptides and growth factors (GF), have direct effects on collagen metabolism and influence collagen production.

Vitamins C, B3, and E are the most important antioxidants because of their ability to penetrate the skin through their small molecular weight. Clinical studies have proven that the antioxidative protection is higher with the combination of vitamins C and E than with the vitamin C or E alone. Vitamin B3 regulates cell metabolism and regeneration, and it is used as an anti-aging agent. In some studies, improvement of skin elasticity, redness and pigmentations after 3 months of topical treatment has been observed.Vitamin E used as a component of skin products has anti-inflammatory and antiproliferative effect. It acts by smoothing the skin and increasing the ability of skin to maintain its humidity, to accelerate the healing, and contribute to protection of the skin against sun.

Cell regulators, such as vitamin A derivatives, polypetides and botanicals, act directly on the collagen metabolism and stimulate the production of collagen and elastic fibers which leads to a stronger and younger-looking skin.

Vitamin A (retinol) and its derivates (retinaldehyde and tretinoin) are also a group of agents with antioxidant effects. They can induce the biosynthesis of collagen and reduce the expression of MMP 1 (collagenase 1- whichdestroycollagen). Retinol is, at the moment, the substance that is most often used as an anti-aging compound and, compared with tretinoin (another vitaminA derivative), causes less skin irritation. It has been shown that retinol has positive effects not only on extrinsic but also on intrinsic skin aging and has a strong positive effect on collagen metabolism.

Tretinoin, a nonaromatic retinoid of the first generation, is approved for application as an anti-aging treatment in a concentration of 0.05% in the United States. It has been shown to be able to reduce the signs of UV-induced early skin aging, such as wrinkles, loss of skin elasticity and pigmentation.

Polypeptides or oligopeptides (2 protein components)are composed of amino acids and can imitate a peptide sequence of molecules such as collagen or elastin. Through topical application, polypeptides have the ability to stimulate collagen synthesis and activate dermal metabolism. 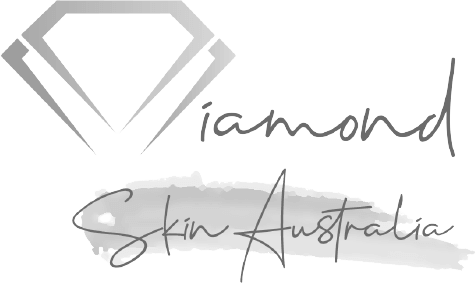 Our goal is to introduce the best and most natural preparations that have been approved by Australian Doctors and are based on scientific evidence so that you may safely use our products.

Expert advice for your skin 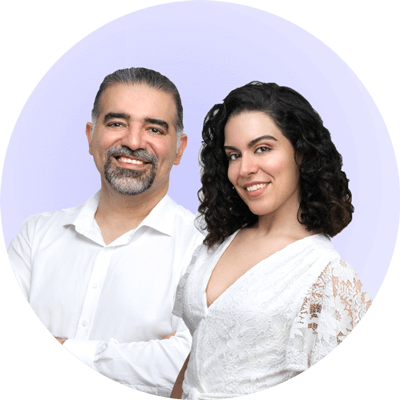